What Do We Mean When We Say ‘Social And Emotional Skills’?

So, in Webster’s tradition, here is a short glossary of terms that are being used to talk about that cultivation of the heart. According to the Partnership for 21st Century Learning,, a research and advocacy group, these include the “4Cs of critical thinking, collaboration, communication and creativity,” as well as “life and career skills” and “information, media and technology skills.”

“But there are some fundamental things that make people really great citizens, which usually include being kind.”

When Angela Duckworth was working on her dissertation in the mid-2000s, she chose the term to encapsulate the measures of self-control, persistence and conscientiousness that she was finding to be powerful determinants of success. Frequently defined as PASSION+PERSISTENCE - Ed.

“Agency is one of sociology’s oldest concepts,” he says. Basically, it’s “the amount of power that a person has to influence their own life.”

“Growth mindset” is the belief that positive traits, including intelligence, can be developed with practice. “Fixed mindset” refers to the idea that intelligence and other talents are set at birth.

At the same time, she says, children’s brains are especially malleable. In a safe environment and with trusting relationships, they can improve their readiness to learn. This is resilience.

“Every skill or trait is cognitive in the sense that it involves and reflects the processing of information of some kind in our brains,” he says. And West adds that traditional academic skills more often than not are complements, not substitutes, for the attitudes and personality traits captured by the term “non-cognitive skills.”

“Increasingly teachers who are on the front line say that it’s very important to teach kids to be more socially and emotionally competent,” says Roger P. Weissberg, chief knowledge officer of the Collaborative for Social and Emotional Learning, which promotes the concept and the term nationwide. “Teachers feel, and growing research supports, that it helps them academically, it improves school climate, it improves discipline, and it’s going to help them to be college and career — and life — ready.”

Read (so much) more on Mind/Shift 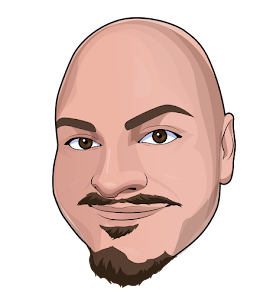